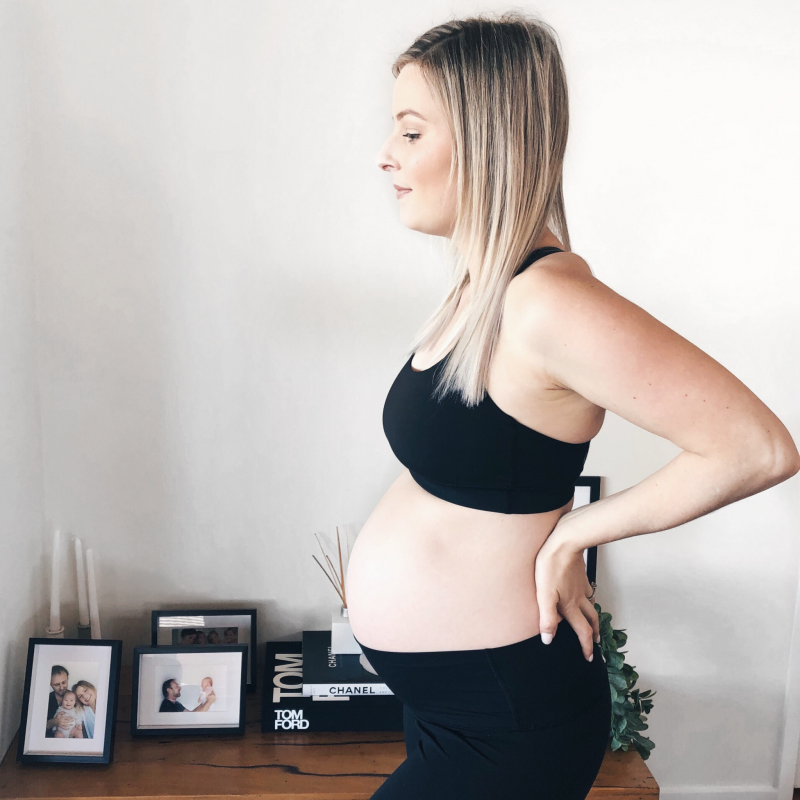 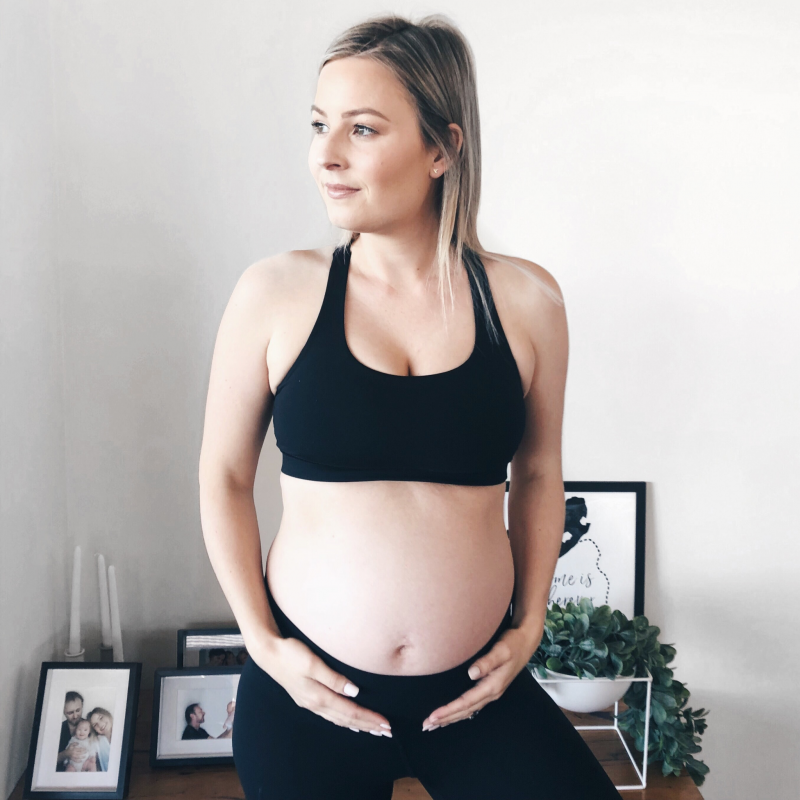 I’m *finally* getting around to writing up how things have been going for my second pregnancy, I did these for my first pregnancy and have found it to be so interesting to go back and read and see how different the two have been! Also, it has been 3 years since my previous pregnancy and after going through a newborn, baby, toddler etc my memory does not serve me too well these days!

Finding out I was pregnant again – this time around it wasn’t one of those exciting moments! It was a very confusing one. I was feeling off and was highly emotional so I took a test a few days early (just like I did with Amelia) I got the most faint positive – you really had to hold the test up to a window and squint with one eye to see the line – so I decided to take one of those fancy digital types which came back negative. Hmm! Not really sure what the outcome was so I decided to re test again in the morning. For 3 days the same thing happened, extremely faint positives, negative digitals, and with some brands of tests just plain negatives. I had developed a nasty cold which turned into Laryngitis and I was coughing non stop. I decided to make a doctors appointment as I really wanted to take some medication yet had no clue if I was allowed to! My GP did a blood test to get a definite answer regarding the pregnancy which came back positive! Fiiiinally!

For the next 12 weeks I had most of the usual early pregnancy symptoms – nausea but no vomititng, exhaustion, constantly feeling like I had been hit by a bus etc. This time around I also had a lot of anxiety, I found myself crying most evenings over the most bizarre things. I was in really odd headspace until the 6-7 week mark.

At 11 weeks we decided to have the Harmony Test done and also decided to find out the gender. Although I always thought I was a ‘girl mum’ this pregnancy had been so different I just wasn’t 100% sure it would be another girl. With Amelia I knew from day one she was a girl. I was confident enough to go out and buy all the pink without hesitation. It was so frustrating to have zero inkling this time. The results came back we were having a little boy! A ha! So thats why my skin has been amazing compared to my previous pregnancy!

Going into the second trimester I was feeling good, all my early symptoms had subsided and although still tired I was in a much better place. We had some trips planned and life was good! We then got some disappointing personal news (another story for another day!) that unfortunately turned everything upside down. All of a sudden the anxiety was back and worse than ever and we had a lot of hurdles to overcome. We still went on our big holiday to USA, which was a well needed break from everything we were going through at home. I did have some blood pressure issues while on holiday and had to take it easy. I’ll never forget the embarrassing moment I fainted in a Starbucks on our first day!

I’m currently 23 weeks pregnant and starting to feel it – I have been working out 3-5 times each week doing safe, low intensity workouts and also trying to get out on as many walks as possible during the week. My hips are really starting to hurt during the walks and I’m also getting tail bone pain by the end of the day – anyone else had this?! Brutal! 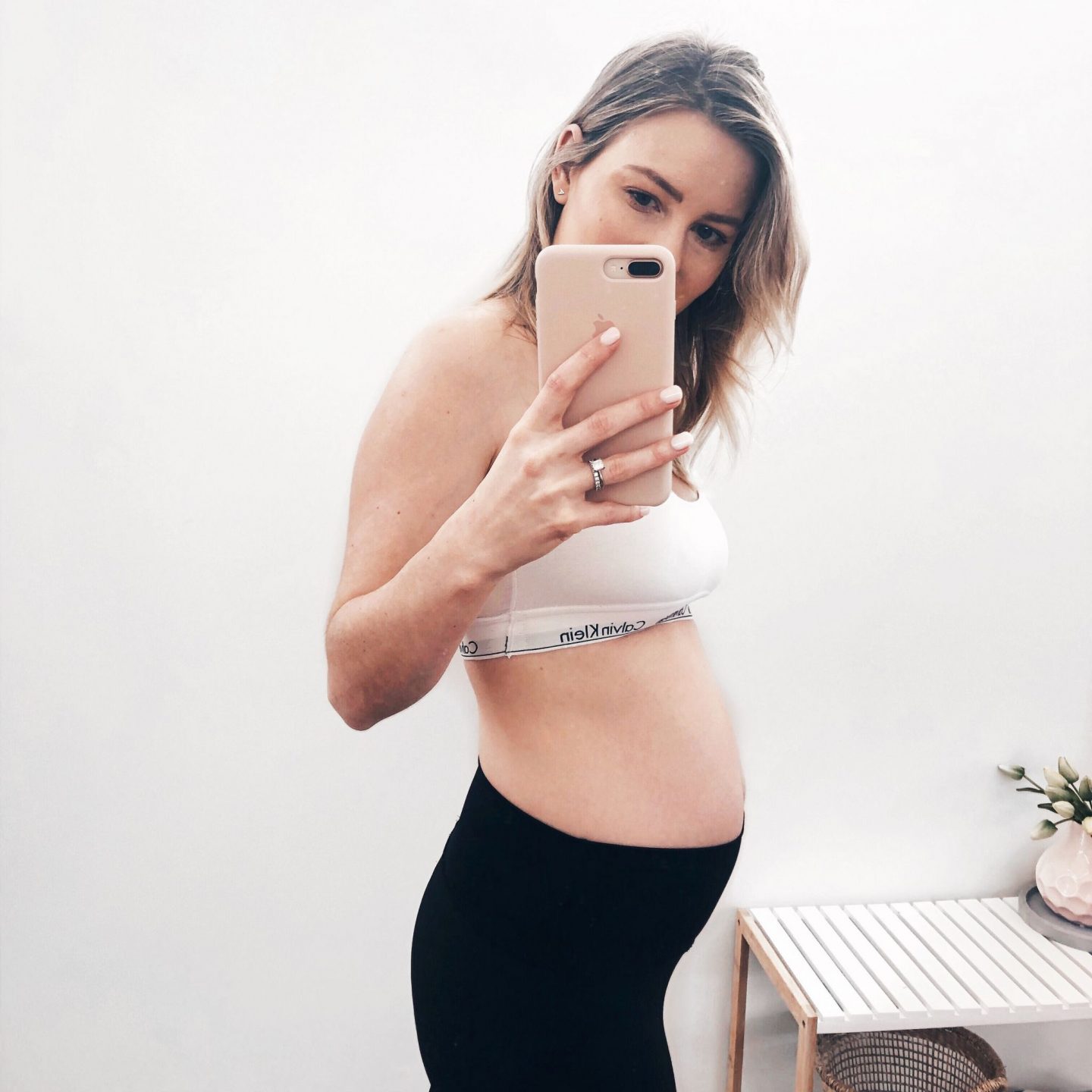 I didn’t track my weight very frequently with Amelia but I gained a total of 12 kgs with her. I did have a peek at my old maternity notes and saw I had only gained 2kg with her at the 20 week mark! This time around the weight gain has definitely been a lot quicker and I’ve already gained around the 6kg mark. Maybe it’s a boy/second pregnancy thing?!

This is another one active wee babe! I started feeling movement/flutters from around the 16 week mark which gradually turned into full blown baby karate. He now keeps me awake at night with how active he is! 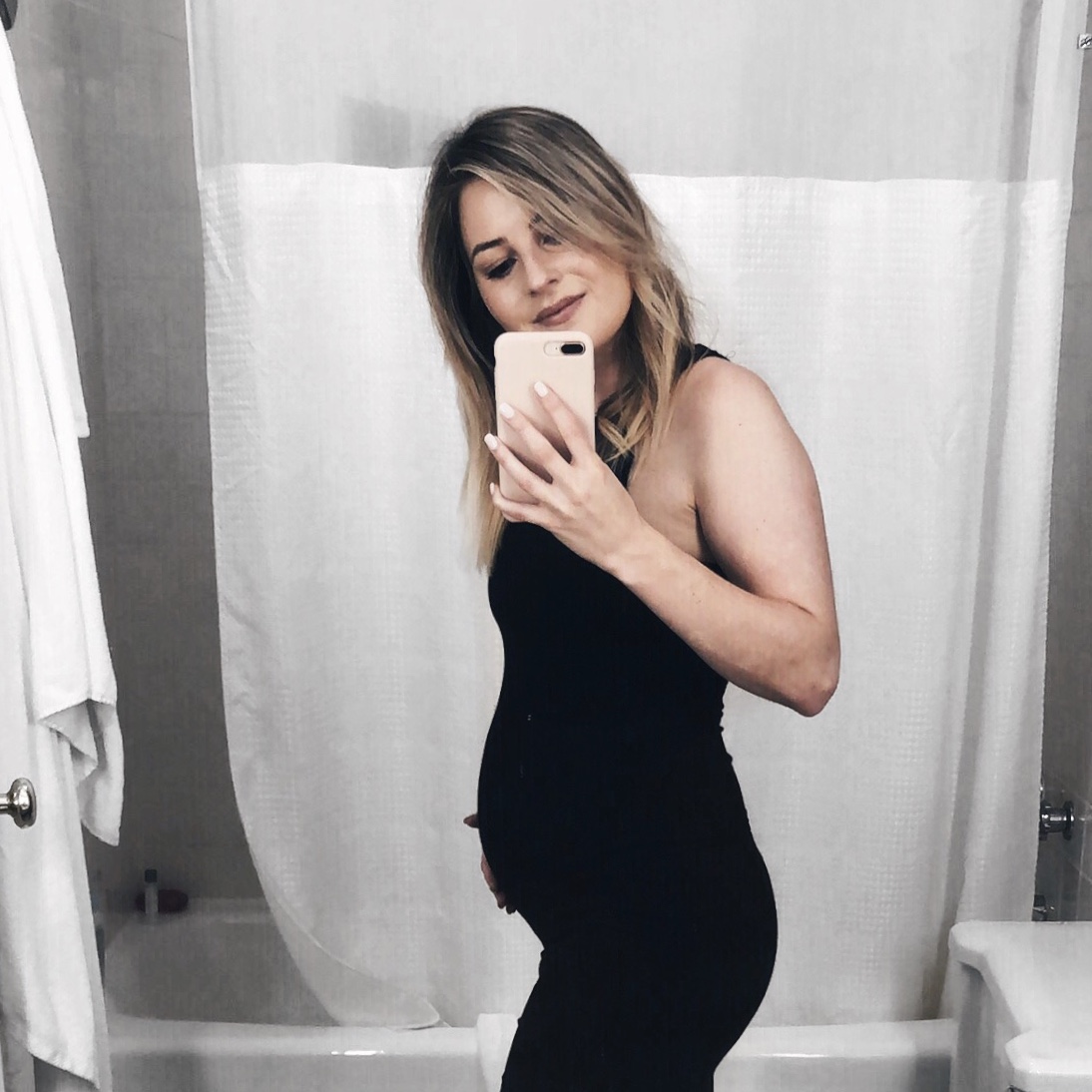 MY TIPS FOR GOING INTO THE THIRD TRIMESTER

I hope you’ve enjoyed reading this post and would love any feedback & responses! 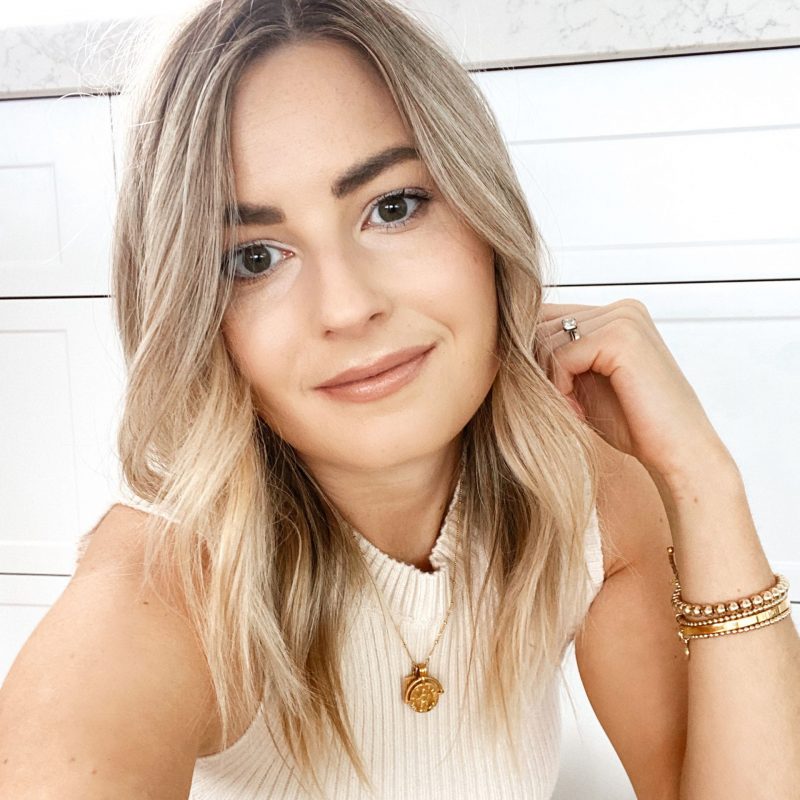